A Deconstructivist beacon on the banks of the Mississippi 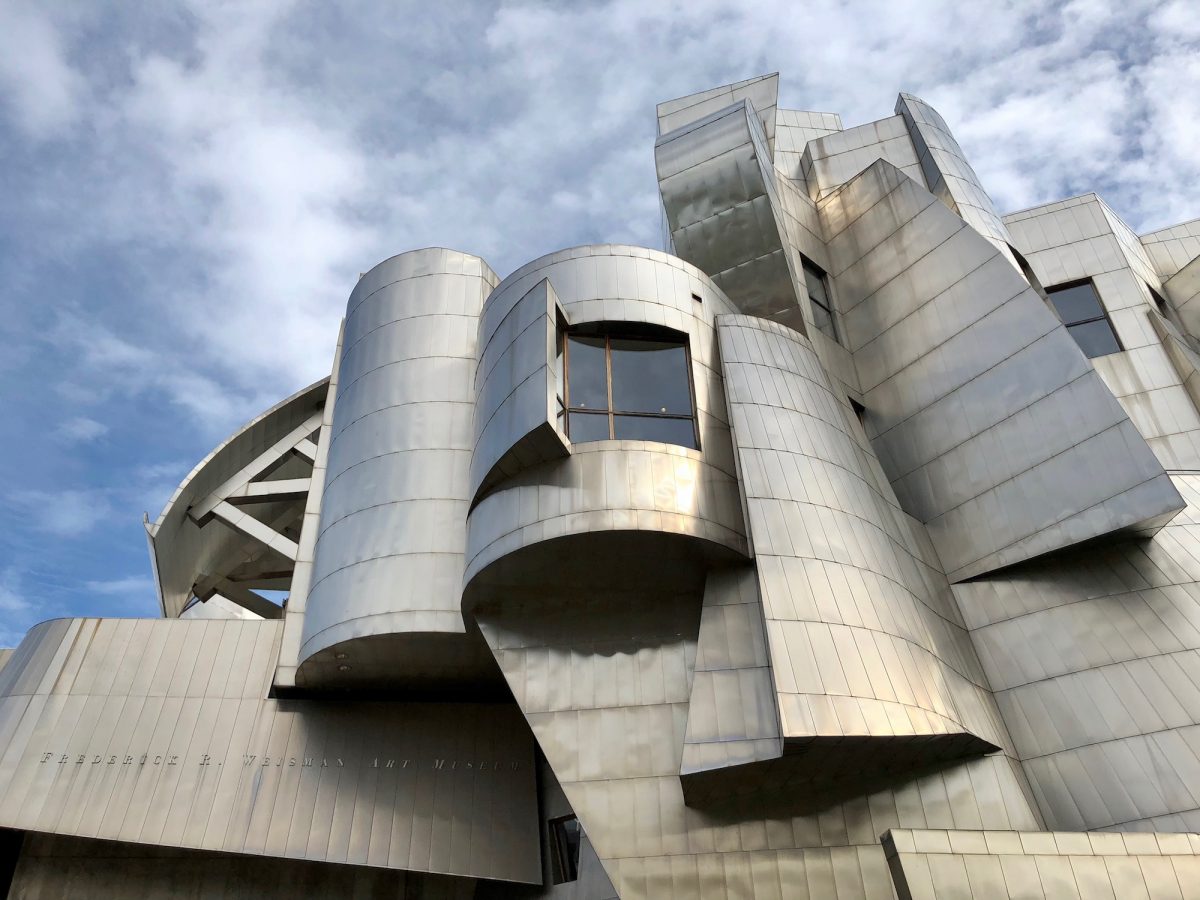 The Frederick R. Weisman Art Museum looks like a spaceship that landed in the middle of the University of Minnesota campus. Completed in 1993 without the help of computers — imagine that! — the futuristic space features a stainless steel facade of abstract shapes, meant to mimic a fish working its way up a waterfall. Architect Frank Gehry dreamt up both the original design and its subsequent $14-million-dollar, 8,100-square-foot expansion in 2011, which doubled the exhibition space and tacked on a Target-funded “Creative Collaboration” studio for students, artists, and teachers. ⁣
⁣
Not a bad comeback considering the museum was previously housed in a modest corner of the Northrop auditorium for nearly 60 years before that—a culture-fostering initiative by late University President Lotus Coffman. “There is a need for new values to sustain the morale of individuals in the days ahead,” said Coffman, already lightyears ahead of his time. “The arts are a source for such values and I want this university to play a leading part in instilling them.”

⁣That mission remains a driving force to this day, beginning with the Weisman’s permanent collection of more than 25,000 pieces, heavy on the Korean furniture, Mimbres pottery, and Modernist paintings (Marsden Hartley, Alfred Henry Maurer, Charles Biederman, etc.). Longtime curator Lyndel King has also had a hand in many progressive and playful art shows over the past four decades, from rare photos of Minneapolis’ favorite son (2018’s “Prince From Minneapolis“) to a century-spanning collection of fairy tale-themed postcards (“The Wonderful World Before Disney,” which runs through July 7). ⁣
⁣
King plans to retire in June of 2020, but she isn’t about to leave her legacy in the wrong hands. A national search for the museum’s next director is set to begin this fall, with one goal in mind: Keeping the Weisman in the upper echelon of university art museums right on through its centennial in 2034.