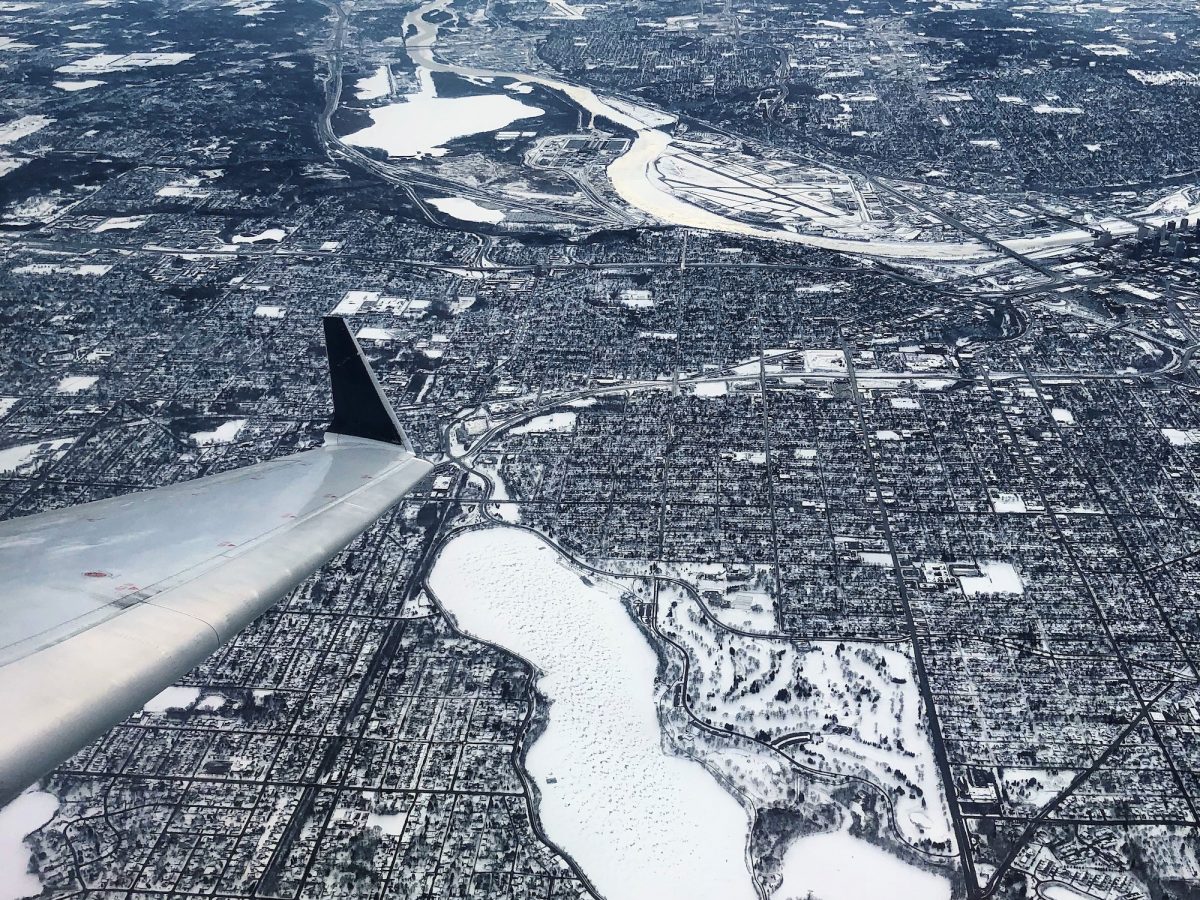 WHO ARE YOU PEOPLE?
Minnevangelist was founded by Ashlea Halpern and Andrew Parks, a pair of East Coast journalists who spent nearly two years exploring Asia and Australia before embarking on an exhaustive 16-month, 40-state, 229-city search for a new hometown. In February 2018, we relocated to the Twin Cities—and haven’t shut up about it since. (Even the Star Tribune noticed our unbridled enthusiasm, calling us the state’s “biggest evangelists.”)

WHY MINNESOTA?
We get this question a lot, even from native Minnesotans. No, we don’t have family here. And no, we didn’t move here for work. We chose Minneapolis and St. Paul because they checked all the right boxes: culturally rich, surprisingly diverse, civically engaged, entrepreneurial, brimming with friendly locals, and just the right amount of weird.

Also: The Twin Cities have a terrific airport and abundant greenery with beautiful parks, lakes, and forests at every turn. There are myriad bike paths, cross-country ski loops, and snowshoeing and hiking trails; ace cocktail bars, superlative craft breweries, and sterling restaurants; world-class museums and upstart galleries; stylish boutiques and a thriving vintage scene; plus an abundance of independently owned bookstores and art-house cinemas. The coolest bands, funniest comedians, and most gifted authors stop here on tour—and many live here, too. Every day of every week is packed with wall-to-wall events and activities. If you’re bored in Minnesota, maybe you’re just boring?

WHAT’S MINNEVANGELIST?
An obsessive dossier of the people, places, and things that made us fall in love with Minnesota. Think of it as a kind of never-ending mash note—highlighting new spots, championing old favorites, picking the brains of inspiring locals, and urging you to take full advantage of this truly great state. If you dig Minnesota and its northerly neighbors (we’ll also be dipping a toe into Wisconsin, North Dakota, South Dakota, Iowa, Ontario, and Manitoba), give us a follow on Instagram, Facebook, and Twitter. We’ll adventure together!

WE NEED TO TALK.
We’d love that. To get in touch, email Ashlea and Andrew at info@minnevangelist.com.

Andrew Parks is a 16-year veteran of the music and publishing industries. He has worked in the offices of Rolling Stone, Entertainment Weekly, eMusic, and Time Inc.; produced and updated travel guides for Michelin and Fodor’s; and crafted marketing content for Marriott, Apple, Red Bull, Sony, Interscope, Christie’s, Visit California, Silversea Cruises, Guitar Hero, Bandcamp, Universal Music Group, Ghostly International, and numerous CVBs and DMOs. He is the editor of self-titled, a leading underground music magazine; the founder of self | centered, a site about ambient music; and a contributor to Food & Wine, Travel + Leisure, AFAR, New York Magazine, TIME, Artful Living, Minnesota Monthly, BuzzFeed, Punch, October, and Cara, the in-flight magazine of Aer Lingus. Andrew has been interviewed as a travel expert on 830-WCCO in Minneapolis, Fox 9 Minneapolis-St. Paul’s “The Jason Show,” and 97 Rock in Buffalo, New York. He was born and raised in Western New York and fancies himself Minnevangelist’s resident coffee and beer expert. Follow him on Instagram at @thereluctanttraveler.