Reasons to Love Minnesota No. 17: Skijoring!

Our new favorite thing about winter 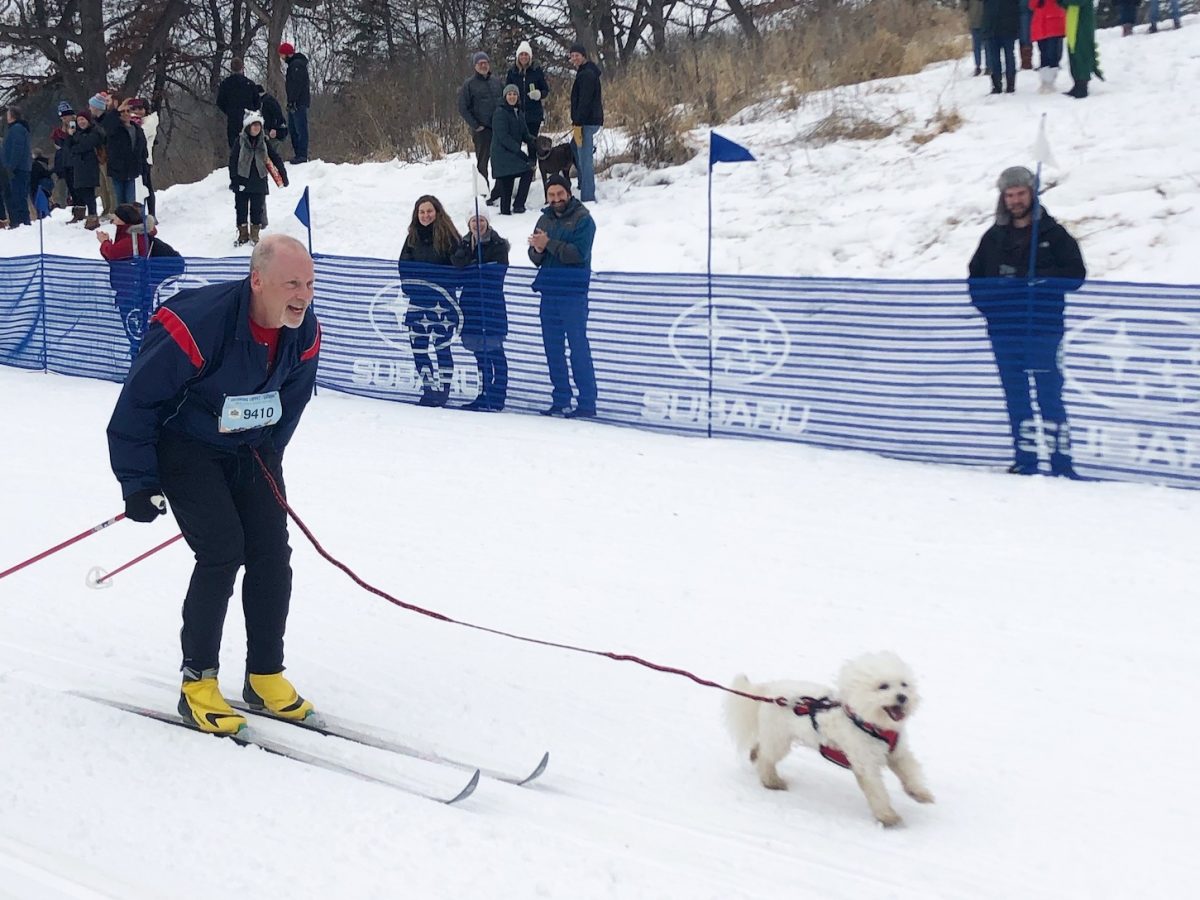 Although we’d never heard of this odd sport before moving to the Twin Cities, we immediately liked the idea of a cross-country skier being pulled by a dog.

We caught our first live races as part of the Loppet Foundation’s four-day, multi-event Urban Cross Country Ski Festival. During Day One of Chuck & Don’s Skijoring Loppet at Theodore Wirth Regional Park in Golden Valley, we saw dogs and their owners “ski driving” short (3km), middle (5km), and long-distance (6.2km and 10k) races. The variety of participating breeds was astounding; even high-energy little guys like the cutie above joined the fun. (No Chihuahuas, though—they’d prefer to be pulled by you, thankyouverymuch.)

Things got more serious on Day Two of the Skijoring Loppet. In a 10-kilometer, point-to-point race, fierce competitors from Saturday’s 10k vied for a spot in the International Federation of Sledding Sports-accredited National Skijoring Championship. To catch some very good boys and girls (plus their ridiculously fit humans) in action, block off your calendar in late January and early February 2020—that’s when the Loppet Foundation is set to do it all over again.

For an even wilder ride, check out Extreme Horse Skijoring at Canterbury Park in Shakopee. The first match, sponsored by Waconia-based rodeo specialist Extreme Events MN, was held in February 2018. At the February 2019 event we attended, dozens of skiers and snowboarders were pulled by galloping horses, grabbing rings and flying over four- and six-foot jumps. At stake in the timed event: $1,500 in prize money, which drew competitors from across Minnesota and Wisconsin, plus Colorado, Wyoming, and Montana (where the sport is already well-entrenched). The freestylers were the most fun to watch. Some did flips and other fancy footwork; a few wore cowboy hats instead of helmets (please don’t try that at home); and one guy did his final snowboarding run naked from the waist up (also not advisable).