A world-famous muralist makes his mark 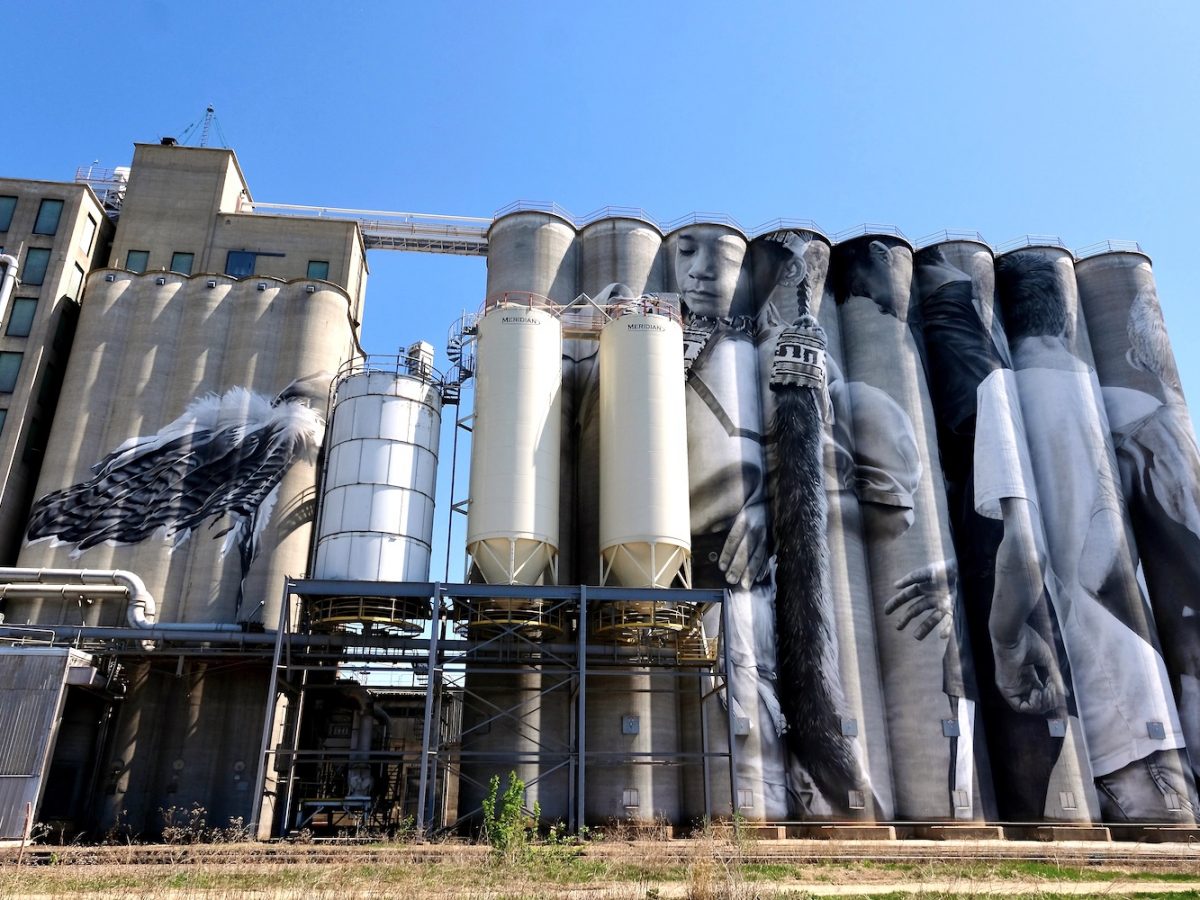 A cluster of grain silos in Mankato is now one of the biggest, most ambitious art canvases in the state. ⁣The 135-foot-tall Ardent Mills towers can be seen for miles along the Minnesota River and Highways 14 and 169. But it wasn’t until Australian artist Guido van Helten started painting them that they demanded a double take. ⁣
⁣
Van Helten’s photorealistic murals decorate buildings as far away as Tehran, Kiev, and Mumbai. “I’m interested in bringing this art form, which is already popular in big cities, to smaller places,” van Helten told the Des Moines Register in 2018, “particularly to the Midwest, which isn’t looked at as a creative place.” ⁣

True to his word, van Helten has taken on several projects in rural America, depicting small-town community members in breathtakingly grand scale. This includes a 360-degree mural wrapped around a 110-foot grain silo in Fort Dodge, Iowa and a stunning new piece on an old grain elevator in Faulkton, South Dakota. ⁣
⁣
The Silo Art Project in Mankato was commissioned by CityArt Mankato and the Twin Rivers Council For the Arts, and funded with $250,000 in private donations. Van Helten first visited Mankato in 2018. He met with community members and sought their approval on his final design, which is based largely on a photograph he took during Education Day at the annual Mahkato Wacipi, a traditional pow wow to honor the 38 Dakota men who were publicly hanged in Mankato on December 26, 1862. (The incident remains the largest mass execution in U.S. history.)⁣

According to a statement released by Twin Rivers Arts, the new mural celebrates “the shared ideals of community, diversity, and inclusion; and it pays respect to history while encouraging a positive dialogue on the future identity of the Mankato area.”⁣
⁣
Van Helten started the piece in late 2019 and continues to work on it. To check up on his progress, watch the 24/7 Livestream on YouTube or download a map of the mural’s best viewing spots at cityartmankato.com.

END_OF_DOCUMENT_TOKEN_TO_BE_REPLACED 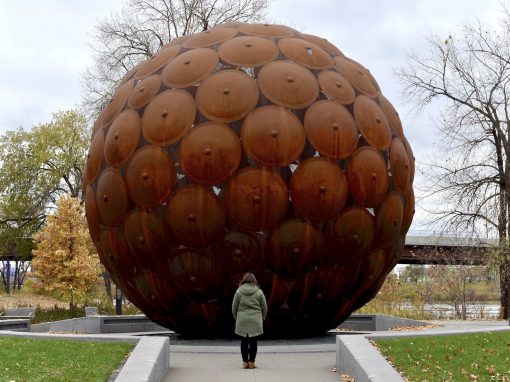 A riverside tribute to local veterans