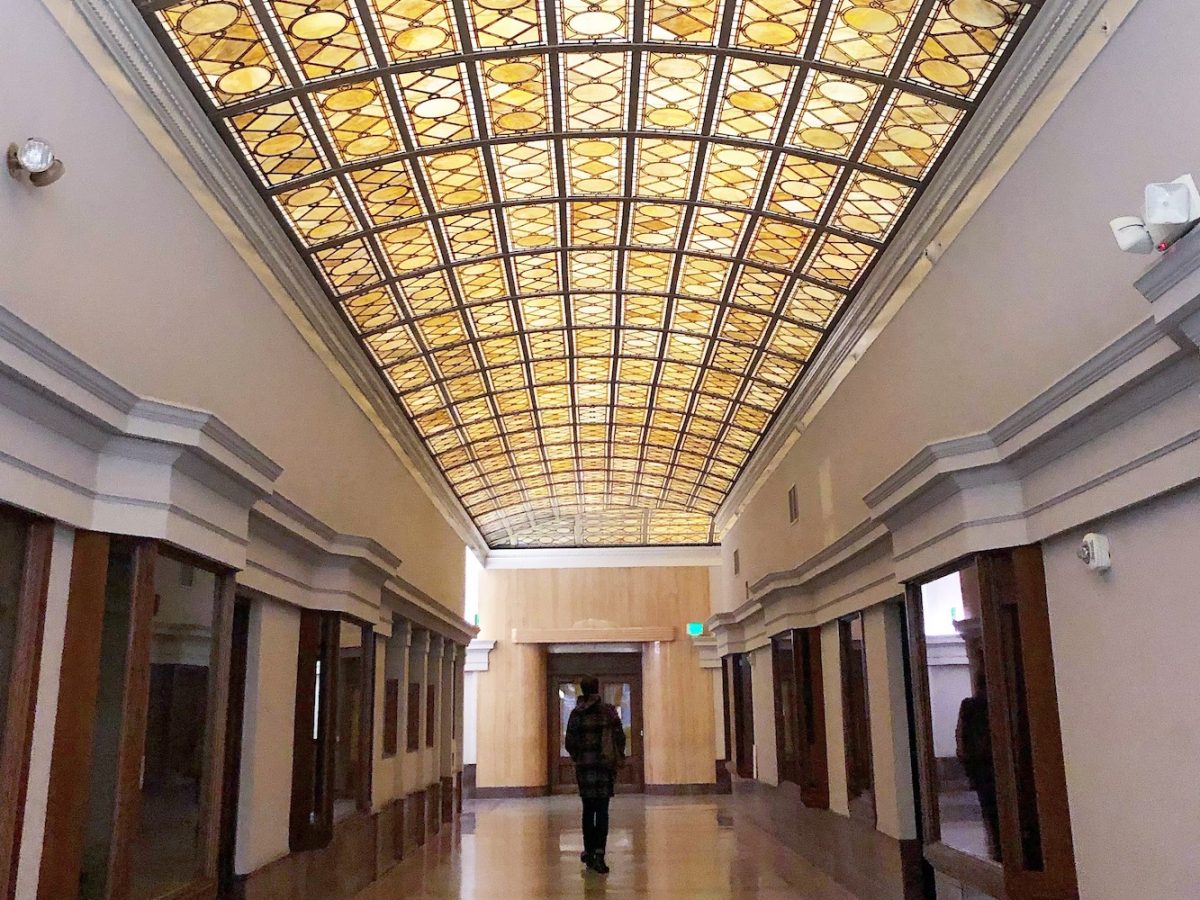 Though he is best known for designing the Woolworth Building in Manhattan and the U.S. Supreme Court Building in Washington, D.C., Beaux Arts architect Cass Gilbert left his fingerprints all over the Twin Cities, too.

The Minnesota State Capitol (c. 1895-1905, pictured below) was his highest-profile project, along with the Minneapolis Federal Reserve Bank (1921-1925) and portions of the University of Minnesota campus. But it’s the Endicott Building, which flanks either side of Solomon Berman’s Romanesque Pioneer Building (home of the Pioneer Press), that marked one of his earliest local achievements.

The year was 1890 and Gilbert was enamored with the glass-covered shopping arcades of Italy and France. When he first introduced the Endicott’s exotically marbled arcade, it featured mosaic floor tile and dramatic stained glass arched into a barrel vault, lit solely by the sky above.

Sometime in the 1920s or ‘30s, some fool came along and lowered the arch, added a roof, and installed electrical lighting. The bustling arcade used to be lined with florists, milliners, and tobacco vendors. Now, almost a century later, it sits empty, waiting to be transformed once again as the neighboring Minnesota Museum of American Art expands its galleries by 15,000 square feet. What will become of Gilbert’s old arcade? We’ll have to wait until 2020 to find out.

To learn more about Gilbert and his influence in Minneapolis and St. Paul, the Cass Gilbert Society offers detailed guides for cobbling together a D.I.Y. walking tour. The St. Paul Lowertown Tour covers ten buildings where railroad, manufacturing, and wholesaling companies thrived. The broader St. Paul Walking Tour spotlights ten houses and two churches designed by Gilbert, including the home of his partner, James Knox Taylor, and the home of his chief draftsman Thomas Holyoke.