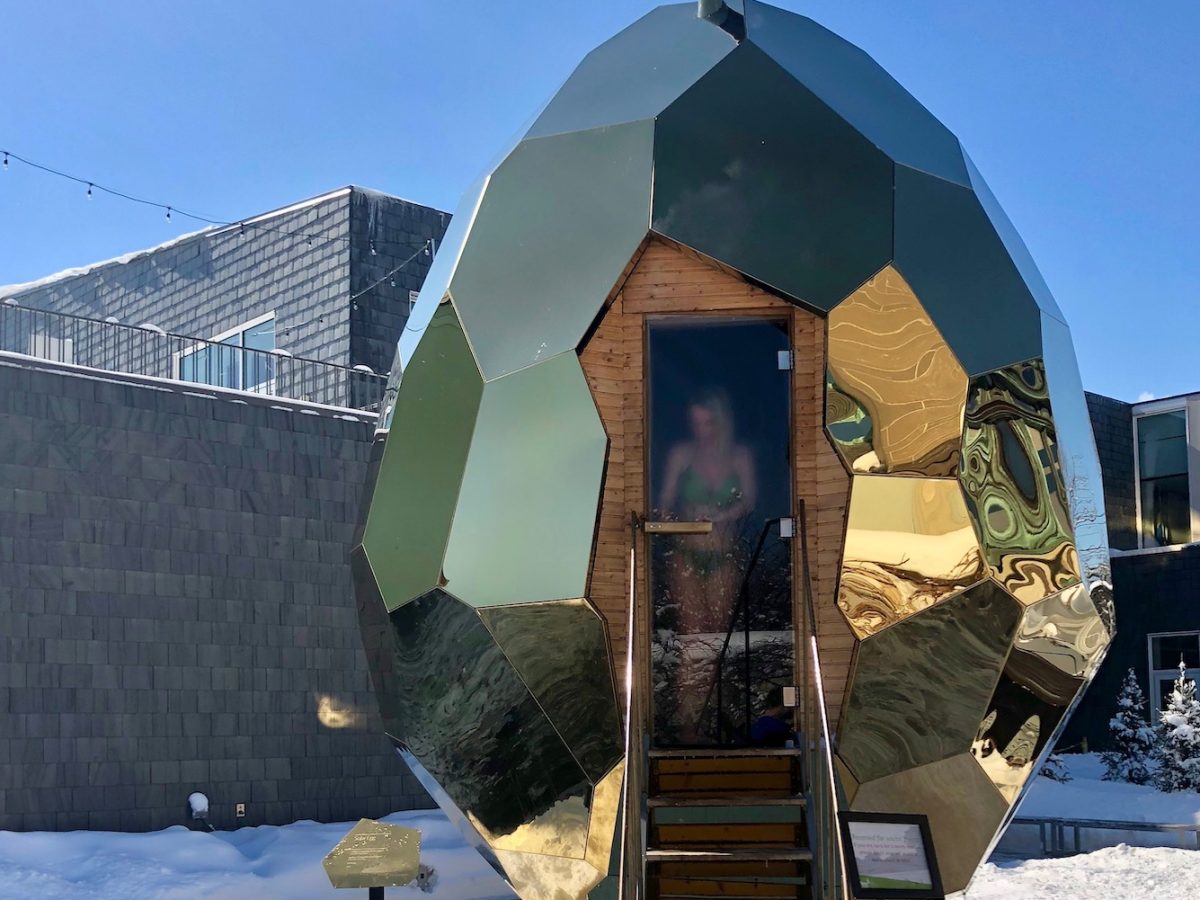 Thanks to a clutch of local enthusiasts, sweat sessions are more accessible than ever in the Twin Cities metro area—no family cabin required.⁣ Perhaps you noticed images of Bigert & Bergström‘s Solar Egg blowing up your Instagram feed earlier this month. That’s because it just landed at the American Swedish Institute, its first and only stop in the United States.

The faceted art installation is actually a wood-fired sauna clad in 69 gold mirrored panels; eight guests fit comfortably inside. Sessions last 30 minutes and temperatures hover around 150 °F. Dedicated sauna meisters control the heat, but if you get too roasty-toasty, cool off by jumping in a snowbank. Bench time is bookable through April 28, 2019 and seats are filling up fast. We did a session opening week and were joined by four physicists, including two from Russia and one from Kazakhstan. You just never know who you’ll encounter in the belly of that steamy magical egg, which is half the fun. ⁣⁣

If you don’t nab a space, don’t worry—ASI’s partner on the project is the 612 Sauna Society. Its de facto leader, John Pederson, is a Minnesota native of Norwegian heritage who first discovered the physical, mental, and social benefits of sauna while studying abroad in Finland. In 2014, he built an 8′ x 12′ tiny house/sauna in his backyard and started hosting friends every night of the week. The popularity of the FireHouse, as it was dubbed, set the wheels in motion to launch 612, America’s first sauna co-op.⁣
⁣
After its 2016 Kickstarter campaign raised almost $34,000 from 233 backers, 612 constructed the Forge, the country’s first community-owned mobile sauna. It is currently parked at the Trailhead in Theodore Wirth Regional Park, operating Thursdays through Sundays.⁣
⁣
For more sauna to-dos, check out architects Andrea Johnson and Molly Reichert’s Little Box Sauna and the luxe rooftop sauna at Hewing Hotel (open to non-hotel guests with the purchase of a day pass). 🧖🏼‍♂️🔥🧖🏾‍♀️