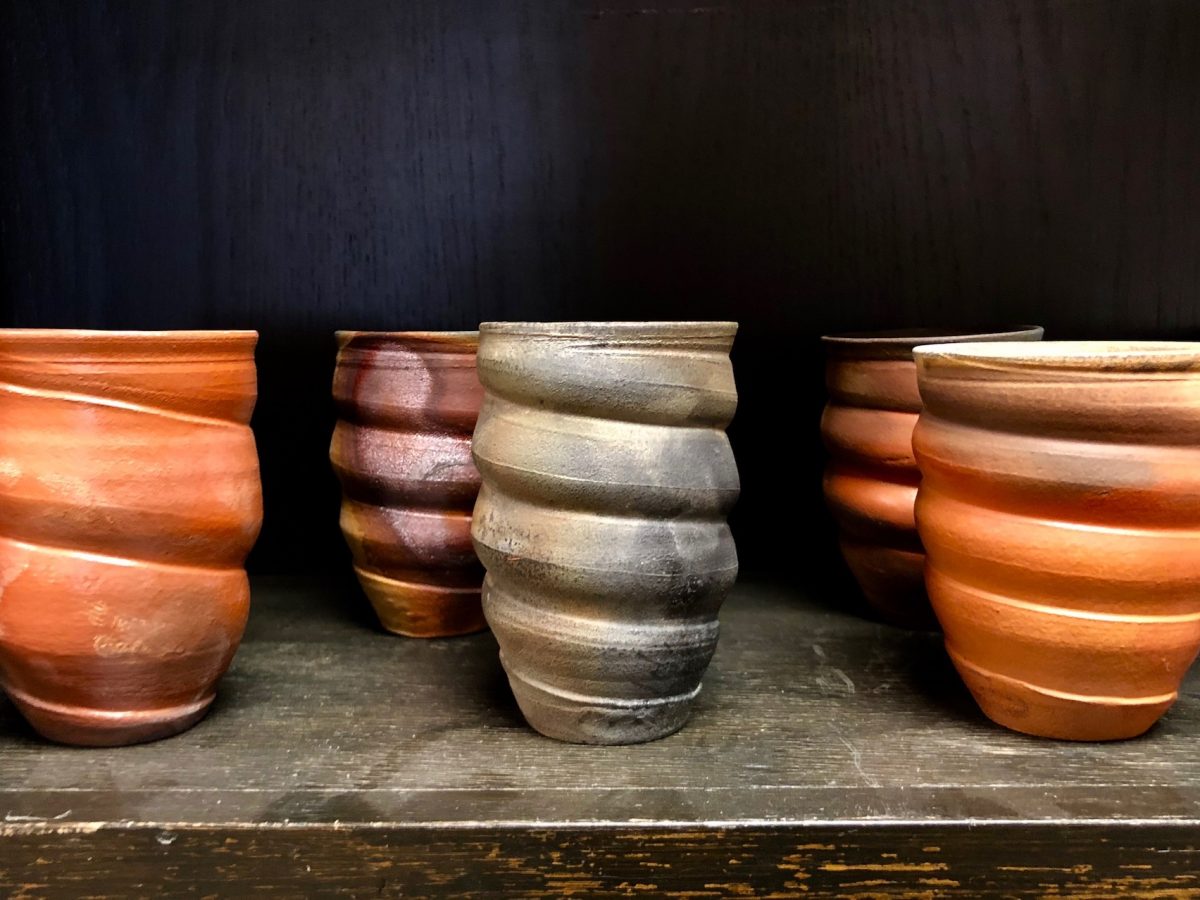 For 40 years, master potter Richard Bresnahan has worked as the artist-in-residence at The Saint John’s Pottery at Saint John’s University in Collegeville. He takes three apprentices at a time under his wing and teaches them the ways of Pacific Rim ceramics, just as he learned from art historian Johanna Becker OSB and later Nakazato Takashi, a 13th-generation master potter based in Karatsu, Japan. Bresnahan moved overseas not knowing a word of Japanese and spent nearly four years under Takashi’s tutelage in the 1970s.⁣

Central to Saint John’s mission is using indigenous materials, including regional clays and natural glazes. Bresnahan mines his stoneware near Collegeville and gets kaolin (a key ingredient in porcelain) from a local granite quarry. Glazes are made with ashes from flax, soy bean straw, navy beans, sunflower hulls, and wood. The studio also uses recycled water and packing materials.⁣

Saint John’s is home to the largest noborigama—a multi-chambered, wood-burning climbing kiln—in North America. It is named the Johanna Kiln after Bresnahan’s former mentor (who also happened to be the first female professor at SJU). The kiln measures 87 feet long, six feet wide, and seven feet tall. A typical run bakes 10,000 to 12,000 pieces, including cups, bowls, and vases, and the wood is deadfall from Saint John’s Abbey Arboretum.⁣

Because it takes Bresnahan and his apprentices seven weeks to load, 10 days to fire, 14 days to cool, and one week to unload, they only fire the kiln once every two years. The next firing is scheduled for October 2019; it’s a popular event, open to the entire community.

⁣But the most amazing thing about The Saint John’s Pottery? Visitors can show up unannounced, tour the studio, shop for beautiful ceramics in the sales gallery, and — if it’s around 3 p.m. — join Bresnahan and his apprentices around the irori, a traditional Japanese-style tea table and hearth, for a cup of tea and conversation. It’s a magical, one-of-a-kind experience that makes us damn proud to live here.