Make a little birdhouse in your soul 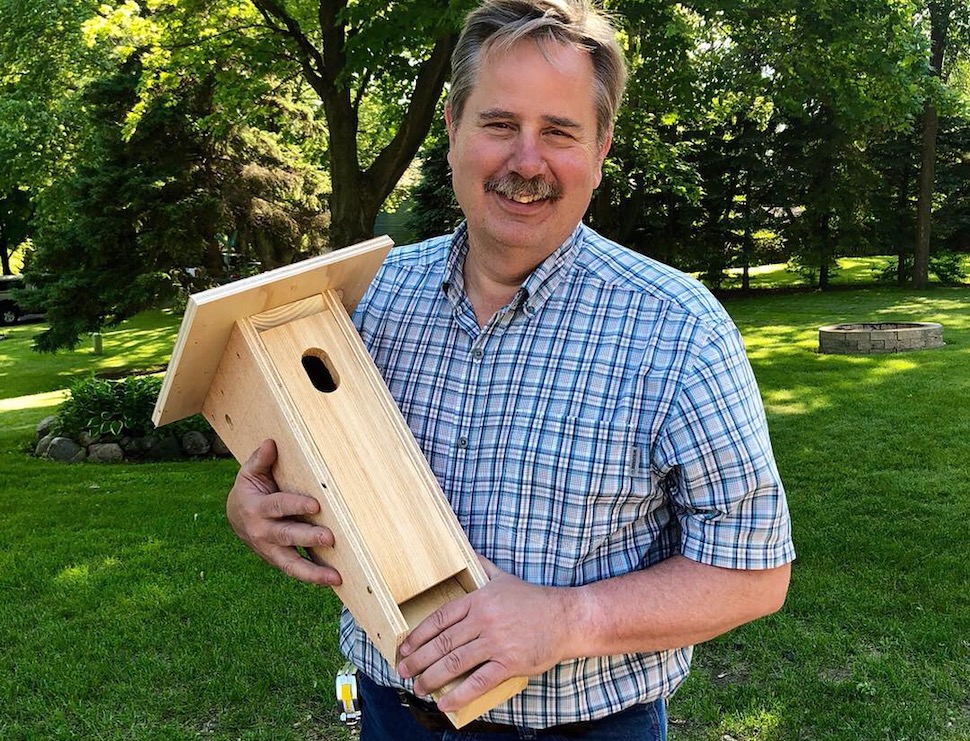 Meet Ron Rudolph, resident of Corcoran and founder of Rudolph’s Bluebird Houses. Ron lost his beloved wife, Pat, to a brain tumor in January 2018. She was 60 years old. ⁣Ron was so grief-stricken, he didn’t know what to do with himself—so he went out to his wood shop and just started sawing. Bluebirds were Pat’s favorite bird, so Ron built a bluebird house. Then another. Then another. ⁣⁣
⁣⁣
When Ron’s daughter, Kristy, noticed the mountain of birdhouses piling up inside her dad’s workshop, she suggested he sell a few of them on Facebook. Ron couldn’t imagine anyone would be interested, but he said okay and let her put up a post. The internet went wild, of course. He has since sold more than 1,000 bluebird houses—and the orders just keep coming.
⁣⁣
Ron charges a modest $20 for a house and $25 for a house mounted on a 6-foot steel post. (DIYers can buy an unassembled house kit for $15.) Ron donates a portion of the proceeds to Our Lady of Peace Hospice Home in St. Paul, where Pat spent her final weeks. The birdhouses help Ron cover some expenses at home, but more importantly, they keep his hands and mind busy.⁣⁣⁣

We loved Ron’s story so much, we bought one of his birdhouses last June. When we picked it up, he gave us a tour of his workshop and showed us some bluebird eggs that had recently been laid in one of the houses mounted in his front yard. He was a picture of grace through and through and we couldn’t feel more honored to have his little birdhouse in our neighborhood. ⁣
⁣⁣⁣
Ron’s houses can be ordered online or you can pick up house-making kits at the St. Paul and Minnetonka locations of Wild Birds Unlimited.