The future of petro, according to Frank Lloyd Wright 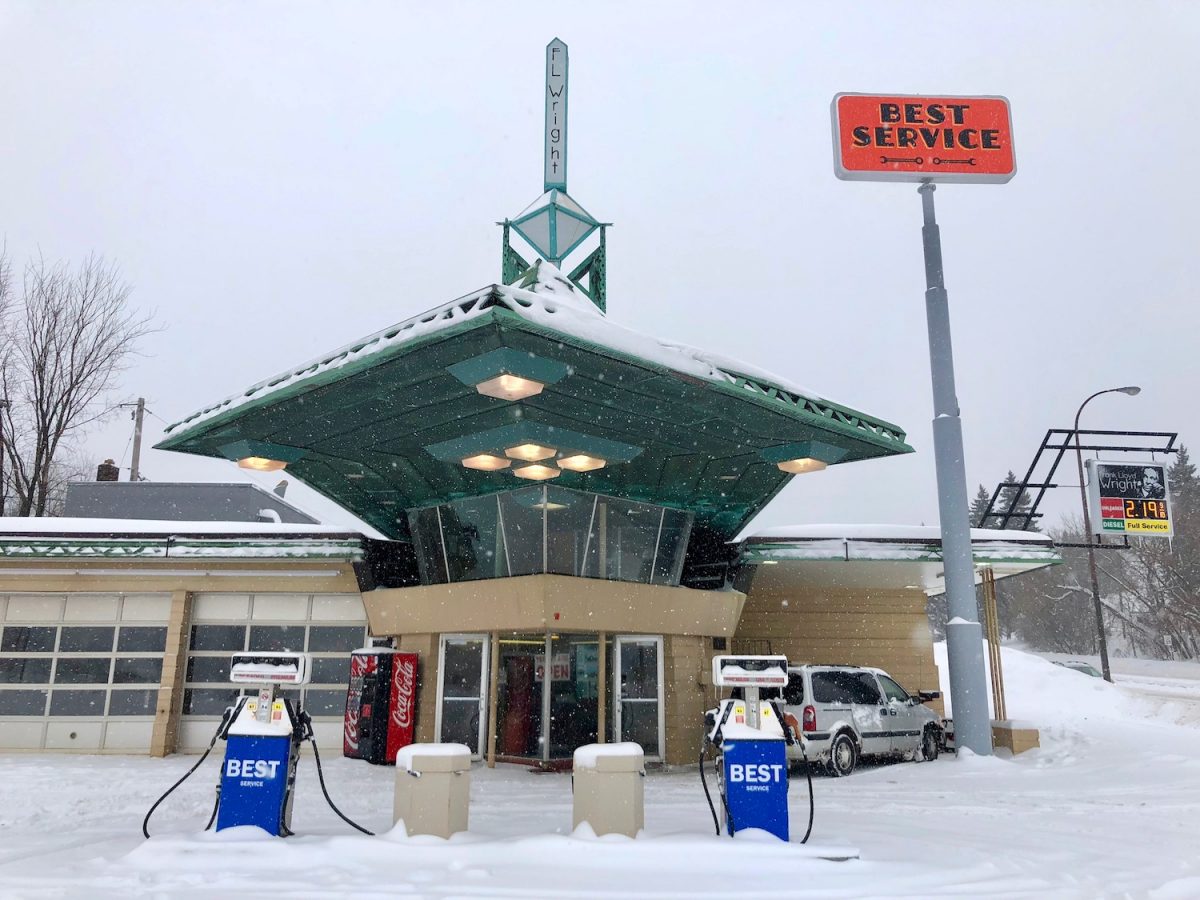 The only fill-‘er-up gas station Frank Lloyd Wright ever completed during his lifetime is plopped at an intersection in tiny Cloquet, two hours north of Minneapolis. Built in 1958 for the princely sum of $20,000—four times what it would have cost to build under normal circumstances—the R.W. Lindholm Service Station was originally part of Wright’s ambitious Broadacre City plan.⁣
⁣
His vision for Broadacre was a car-driven urban utopia with gas stations that doubled as community centers. The plan never came to fruition, but the design of the Lindholm station—with its sky-lit repair garage and glassed-in observation deck cum gathering space—still embodies that spirit. Most motorists just pump their gas and go, but those who are curious to learn more can ask to take a peek upstairs. Current owners Don McKay and Chris Chartier are longtime mechanics who bought the formerly family-run business in 2016; they welcome FLW fans, and photography of the space is permitted both inside and out.⁣

“A lot of people come here to look,” Chartier told the Duluth News Tribune after he finalized the sale with the four grandsons of original station owner Ray Lindholm. “They don’t all buy gas… but we do spend a lot of time talking to them.”⁣
⁣
Cloquet’s most cultish landmark also holds the distinction of being the only working gas station based on a Wright design. A similar sketch was drawn in 1927 and turned into a life-size model at the Pierce Arrow Museum in Buffalo, New York in 2013—beautiful to behold but it’ll still leave you running on empty.