Home of the state's most unique dining room 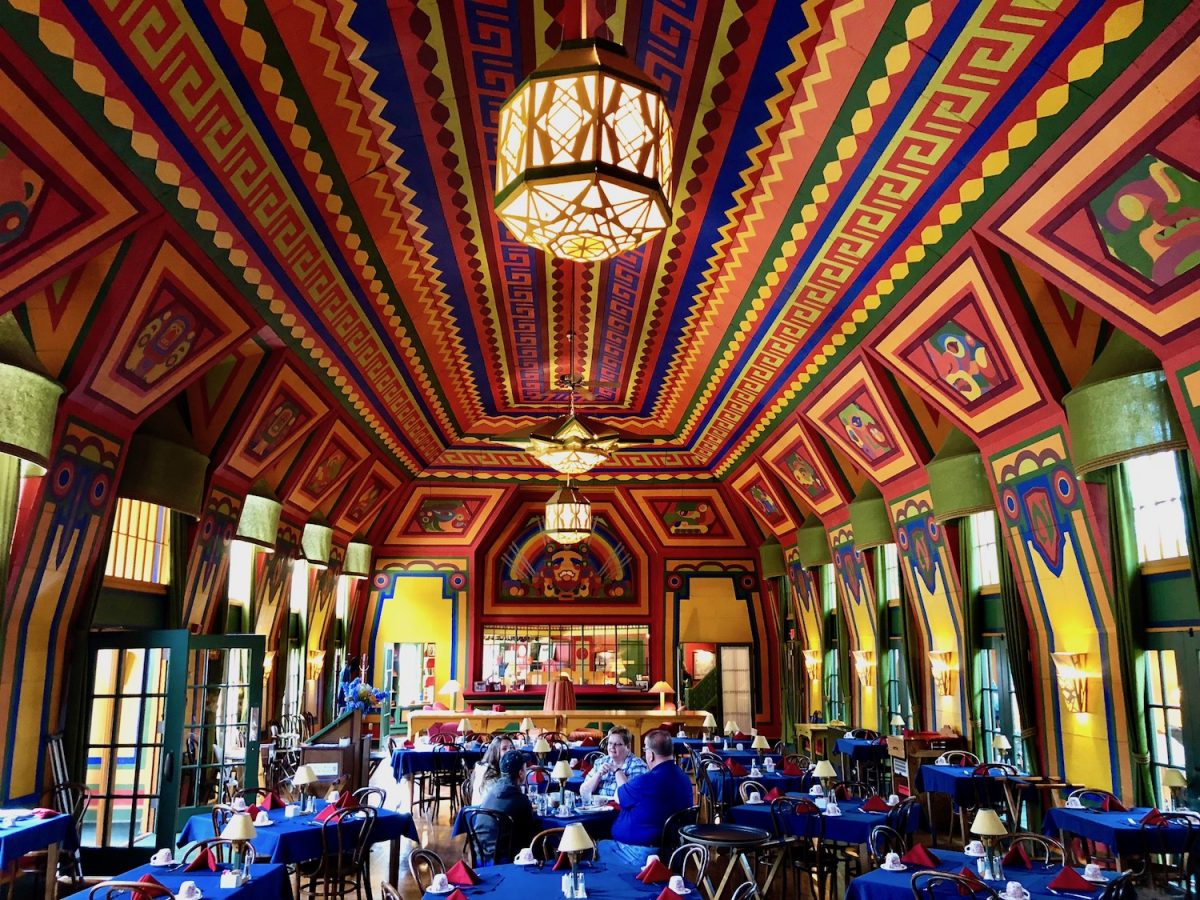 The story of The Naniboujou Lodge and Restaurant, plopped on the northwestern banks of Lake Superior, 20 minutes outside Grand Marais, starts in the winter of 1927. Investors in the original holding company dreamt of an exclusive clubhouse—150 rooms, tennis courts, a golf course—nestled on 3,330 densely forested acres. At the center of this members-only universe: a 30’ x 80’ dining room, whose domed ceiling was painted in dizzyingly psychedelic colors by French artist Antoine Goufee. The spectacular motif combined Cree Indian legend with Art Deco flourishes.

When the lodge opened on July 7, 1929, it was like nothing anyone in this neck of the Northwoods had ever seen. One hundred and fourteen days later, the stock market crashed. Amid mounting financial ruin, Naniboujou’s members stopped paying their dues; by 1935, the lodge was foreclosed on.

The resort changed hands a few times over the next 50 years, but finally found its forever parents when Tim and Nancy Ramey took it over in 1980. They built a grand solarium where the shuffleboard courts used to be and restored the dining room to its former glory, hiring Minneapolis artist Susan Christopherson to spread the colorful Cree designs through the rest of the property. To this day, the centerpiece of the dining hall remains that acid-test ceiling and a 20-foot-tall native rock fireplace with a stone sunburst built into the hearth.

The Naniboujou Lodge and Restaurant operates on a seasonal schedule, so it’s best to check ahead before setting out. Sunday brunch, which runs from 8 a.m. to 2 p.m., includes wild blueberry pancakes, blueberry wild rice sausage, wild rice burgers, fried walleye sandwiches, and Nancy’s hubcap-sized cinnamon rolls slathered in buttercream frosting. It’s an excellent excuse to visit, even if you’re not sleeping at the lodge.