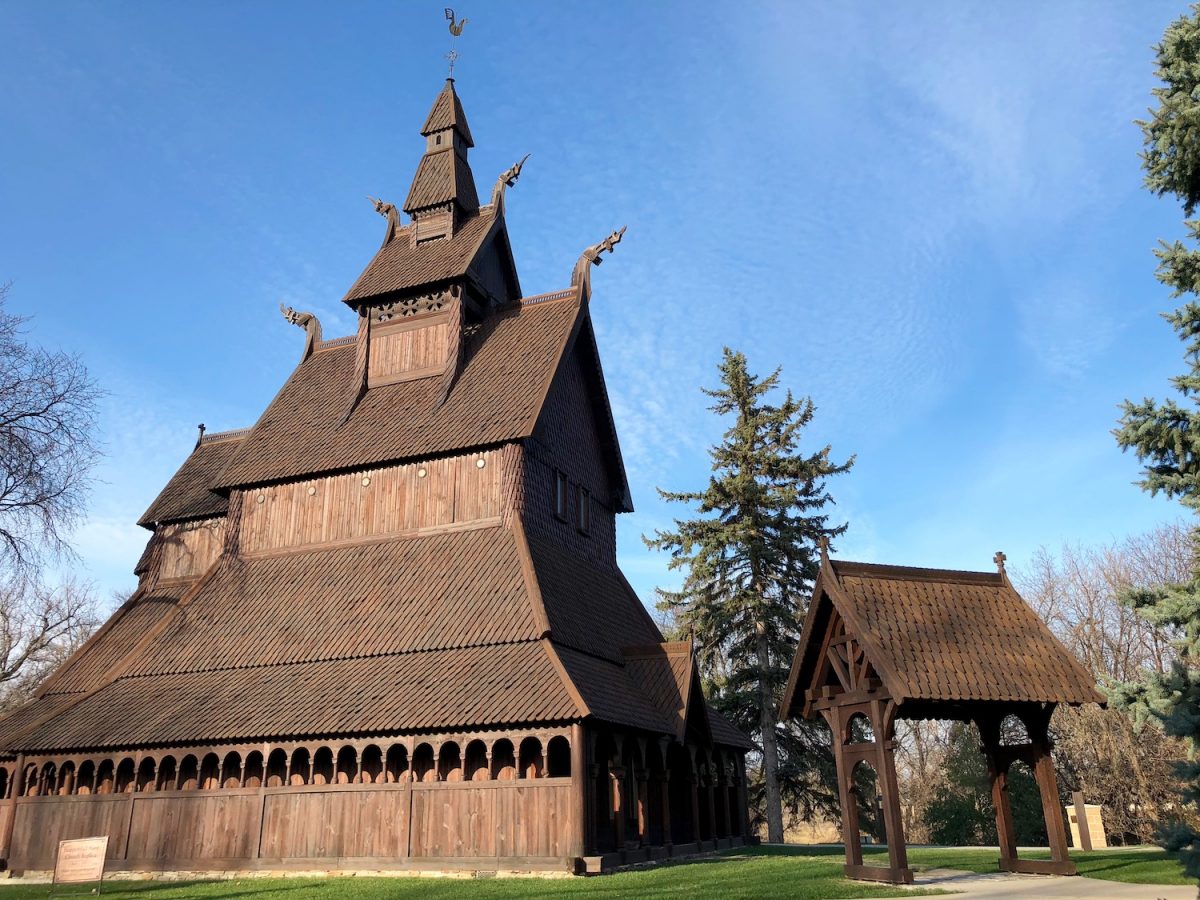 Viking culture is alive and well at the Heritage Hjemkomst Interpretive Center in Moorhead. The Historical & Cultural Society of Clay County puts on quarterly exhibitions covering a range of topics (editorial cartoons, monsters and superheroes, bootlegging) here, but the space is best known for the Hjemkomst, its exacting replica of a 9th-century Viking burial ship.⁣
⁣
The vessel was the passion project of middle school guidance counselor Robert Asp, who started building it in a Minnesota potato warehouse in 1974. He captained its maiden voyage from Duluth to Lake Superior, but died of leukemia before he could sail his beloved Hjemkomst (Norwegian for “homecoming”) across the Great Lakes and then from New York City to Bergen, Norway. So two years after his death, Asp’s kids completed the voyage in his honor. That was in 1982. Today, the imposing boat sits on glorious display under a tall white tent at the heart of the center.⁣

⁣Also on view at the Hjemkomst’s stomping grounds: a full-scale replica of the 900-year-old Hopperstad wood stave church in Vik, Norway. The Moorhead version was built by Guy Paulson, a woodworker from South Dakota with a rock-solid Lutheran faith. Hopperstad 2.0 stands 72 feet tall, with a body constructed from Minnesota pine and 24,000 Michigan cedar roof shingles. For the finishing touch, Paulson carved every last adornment by hand—a hat tip to his own Norwegian ancestry and a lasting gift to the Moorhead community.