Reasons to Love Minnesota No. 132: Hairball 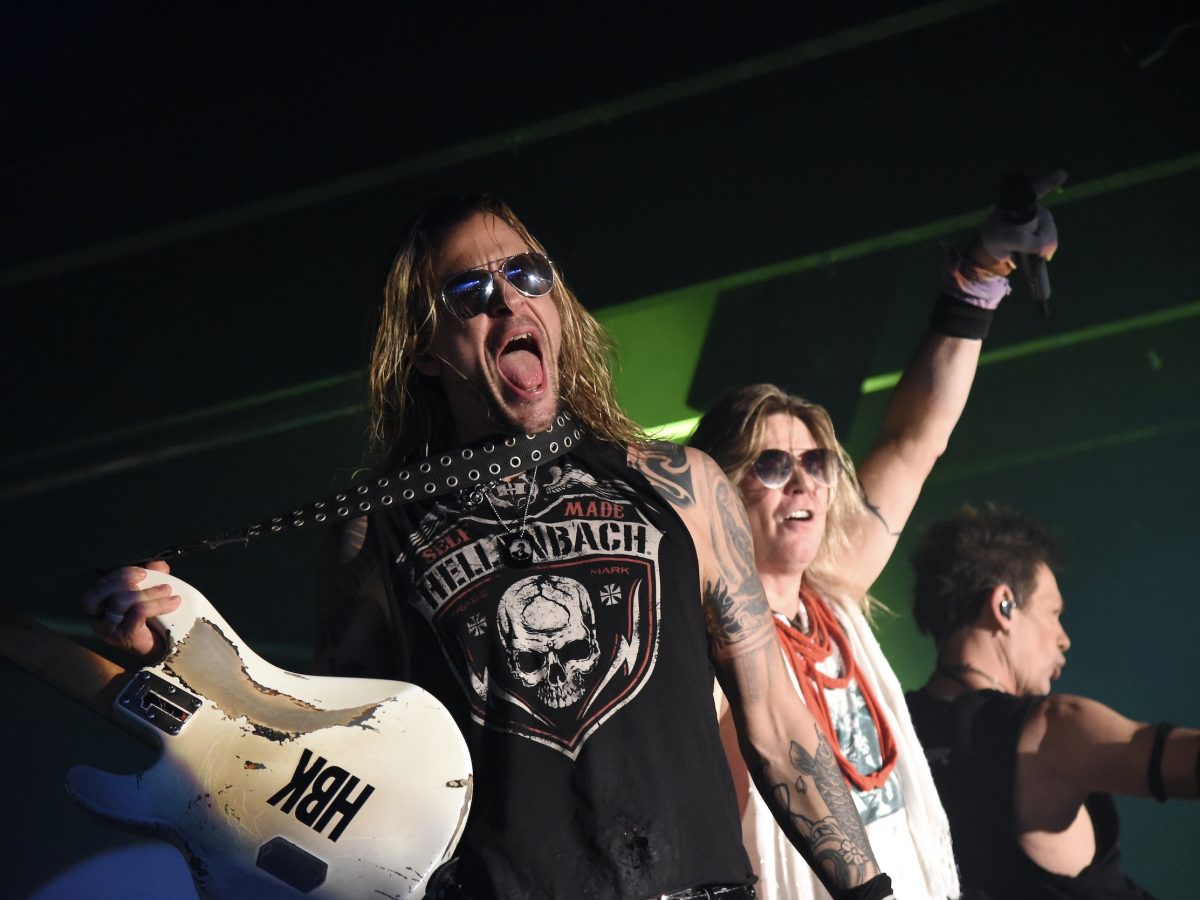 The country’s most ambitious cover band is based right here in Minneapolis — and draws bigger and more fanatical crowds than most “real” bands.

A staple of the local scene for almost 20 years, Hairball started out like Spinal Tap on a shoestring budget. According to longtime guitarist Michael “Happy” Schneider, that meant buying itchy wigs from Halloween shops and leaning on “real dumbed-down comedy,” such as changing the chorus in a seminal ZZ Top single to “every girl crazy ‘bout a a well-hung man.” (Onstage that gag was punctuated with a three-foot, glitter-dusted strap-on.)

But then a strange thing happened: The band realized how many people actually, genuinely miss the hedonistic guitar heroism of the Aqua Net era. Showmen at heart, Hairball dropped the dick jokes and began dialing in dead-on renditions of arena rock anthems and hair metal hits like Def Leppard’s “Pour Some Sugar on Me,” Bon Jovi’s “Livin’ on a Prayer,” Guns N’ Roses’ “Sweet Child O’ Mine,” Whitesnake’s “Here I Go Again,” Mötley Crüe’s “Kickstart My Heart,” and Poison’s “Nothin’ But a Good Time.”

As their legion of fans grew, Hairball pumped its profits into permitting, pyrotechnics, custom costuming, and a battering ram backline of stacked amps and professional lighting rigs.

“This band has more money going into its wardrobe and production now than all my other bands used to make in a year,” says Schneider. “The show is [on par with] a touring act that has platinum albums — somewhere between Van Halen and the Blue Man Group.”

He’s not kidding. We attended Hairball’s New Year’s Eve spectacle at the Medina Entertainment Center and were blown away by a bombastic 2.5-hour show that never took a breather. The band’s trio of singers – Bobby Jensen, Joe Dandy, and Kris Vox — cycled on and off the stage as different rock icons, nailing the costumes and mannerisms at every turn. (Vox was probably our favorite because he expertly imitates the pitch-perfect vocal stylings of both Prince and Freddie Mercury – no easy feat.) Bassist Brian “HBK” Hollenbeck, drummer Billy Thommes, and Schneider, meanwhile, whipped the crowd into a frenzy with their rhythm and riffs.

The only letdown was the venue itself: Though it could pack in 2,000 screaming fans, the Medina ballroom’s ceilings were so low, Hairball wasn’t able to unpack any of its signature fireworks from its 53-foot (!) semi trailer. And we won’t lie: We were also a tad bummed the band didn’t play Aerosmith, KISS, Warrant, or Twisted Sister.

“There are always big songs and bands where people are like, ‘How come you didn’t do Journey tonight?!’” says Schneider. “It’s tough because there’s so much great stuff in this period of rock ‘n’ roll.

“That’s why our show is always changing,” he continues. “One night you might get Def Leppard; one night you might get Whitesnake. We try to hit all of it, but no one’s gonna let us play for four hours. I’d love to if they’d let us, but then I’d probably need to get another hip replacement.”

Schneider says the band just dropped six figures on new gear for its 20th anniversary and promises it’ll “be throwing the whole kitchen sink at a hometown show this summer.” In the meantime, you’ll have to travel to Wisconsin, North Dakota, Iowa, or another Midwestern state to catch an upcoming gig; the band doesn’t return to Minnesota until March 27, 2020, when it plays the Jackpot Junction Casino Hotel in Morton. Road trip!!