Fridley-based Forgotten Star Brewing is located in a sprawling industrial complex that once produced artillery for the U.S. Navy. ⁣

The building’s former tenant, The Northern Pump Company, was founded in 1929. It spent its first 12 years fielding orders for water cannon from firefighters, but switched to guns shortly after the bombing of Pearl Harbor.⁣

NPC’s work was so well-executed, it earned an E for “Excellence in Production” seven times. To give you an idea of just how unheard of that was during the war effort, only eight of the 86,000 plants manufacturing goods for the U.S. military racked up that many accolades. The honor is reflected in the E and six stars painted on the building’s north stack. ⁣
⁣
Forgotten Star’s co-founders pay homage to that history with their own proud take on “Excellence and Efficiency.” In addition to slaying its West Coast-style Big Stick IPA, named after the NPC’s way with weaponry, the team is particularly strong in the porter department. While one riff works in a rich coconut puree, the brewery’s signature Boiler Room blend is capped with more than 60 pounds of fruity Dutch Gold honey.⁣

We’re also partial to their take on traditional German beer and the rotating kettle sour combo, now beach-ready with a low ABV (4.5 percent) and highly carbonated hook of lemon peel, yuzu, and ginger.⁣
⁣
Like most local breweries, Forgotten Star is sticking to curbside delivery during the COVID-19 crisis. The taproom is also hosting weekly blood drives for the American Red Cross in May and June. Check forgottenstarbrewing.com for updated hours and special event scheduling. 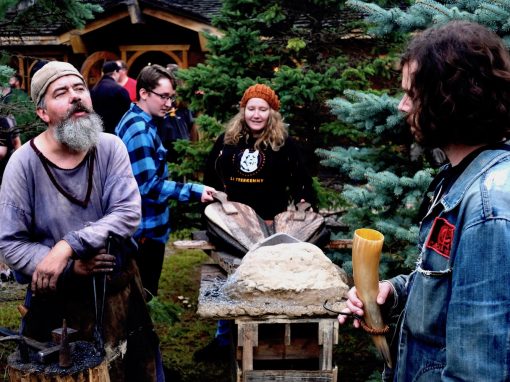