He's everything we aspire to be and more 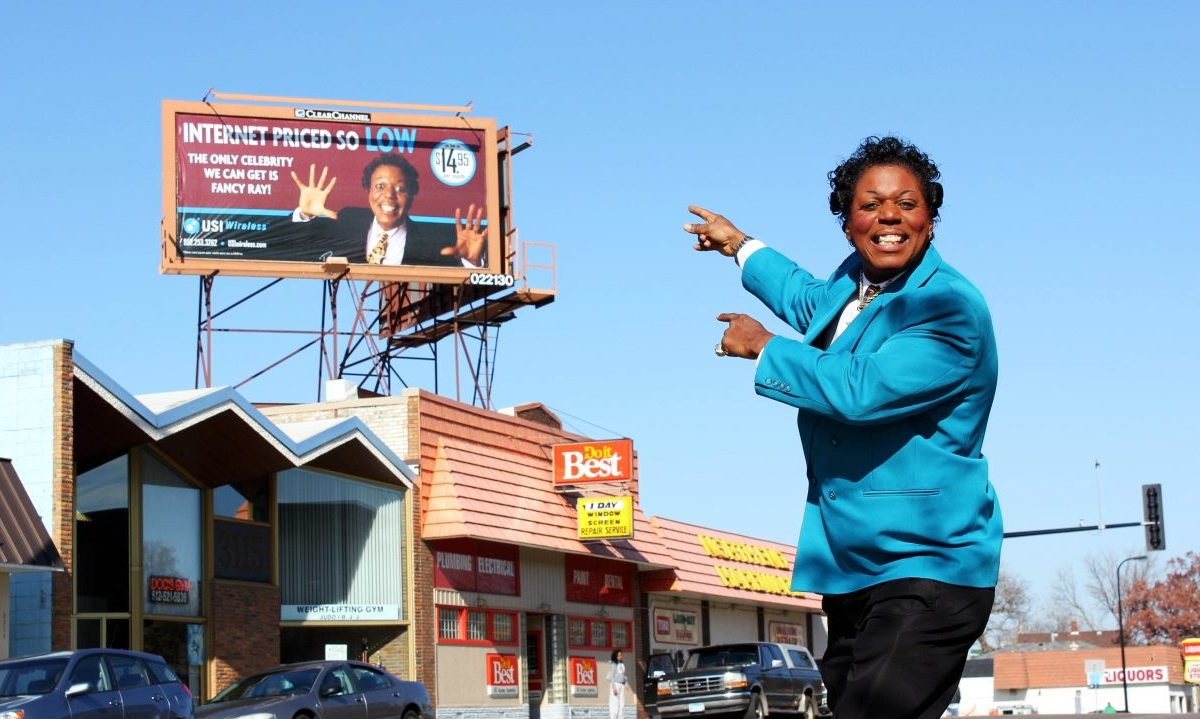 Our first introduction to Fancy Ray McCloney wasn’t on air; it was via a mural for Lake Street Gifts & Oils. Googling his name led to YouTubing led to getting nothing done for an hour because we were so enamored with the charismatic local icon’s ability to pitch anything from pigs’ feet (“deee-licious!”) to penny-farthing bicycles (“the high-wheeler for the high-roller!”).

The self-proclaimed “Best-Looking Man in Comedy” has the swagger of James Brown, the gusto of Little Richard, and quite the résumé, too. He has appeared on the Tonight Show, America’s Got Talent, and Last Comic Standing; run for governor of Minnesota (losing to Jesse Ventura in 1998); and dressed like a Viking metalhead in a 2016 Super Bowl ad for Taco Bell.

But where Mr. Fancy really shines is when he’s shilling in the low-budget commercials of local businesses: Mama Sheila’s Soul Food in South Minneapolis, the So Low grocery outlet in North Minneapolis, or 85-year-old Hy’s Pawn & Jewelry near the Greyhound bus depot downtown (“If you need some cheddah, ain’t no place bettah!” he caws, with his signature cackle). And while Ray has pumped up crowds at Timberwolves games and Minnesota Historical Society fashion shows, he’s more accessible than you may think. The man, the myth, the legend was ordained by the Universal Life Church in 2013 and, yes, he will happily seal the deal on your ever-lasting love.