The stuff of science fiction, except real 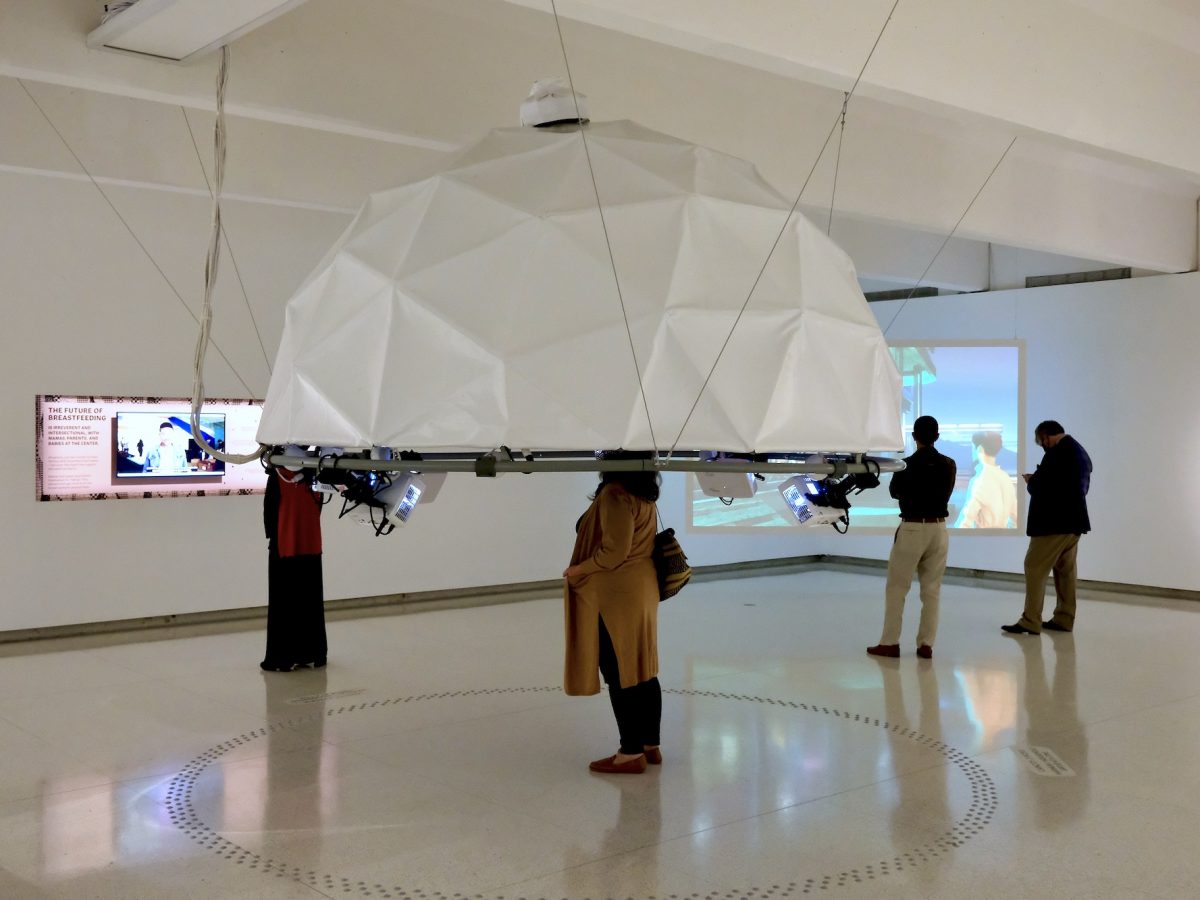 The Walker Art Center officially reopened on July 16, but it didn’t unveil its big fall show until this weekend. “Designs for Different Futures,” organized by the Walker, Philadelphia Museum of Art, and Art Institute of Chicago, premiered in Philadelphia last fall. It’ll be on display in Minneapolis through January 3, 2021, before moving to Chicago for its final run.

The show examines 80 multidisciplinary design projects across 11 themes, including Cities, Bodies, and Foods. Each piece addresses the “challenges and opportunities” that humans may encounter in the future — be it in five days or 500 years.

It’s an innovative and brain-twisting mix — the kind of stuff you read about in science fiction novels, except it’s real (or could be soon). There’s lab-grown meat, space boots, and robotics-controlled exoskeletons designed to help people with spinal cord injuries walk. Among the standouts:

Another Generosity
Filled with water and air, this larger-than-life installation by Eero Lundén, Ron Aasholm, and Carmen Lee meditates on the effect human beings have on “the greater planetary atmosphere.” Enormous sensor-equipped orbs detect fluctuations in carbon dioxide emitted by gallery-goers, audibly sighing in response. The light within the cells also changes color based on their surrounding temperature. As climate change ravages the West Coast, the work feels especially poignant right now. 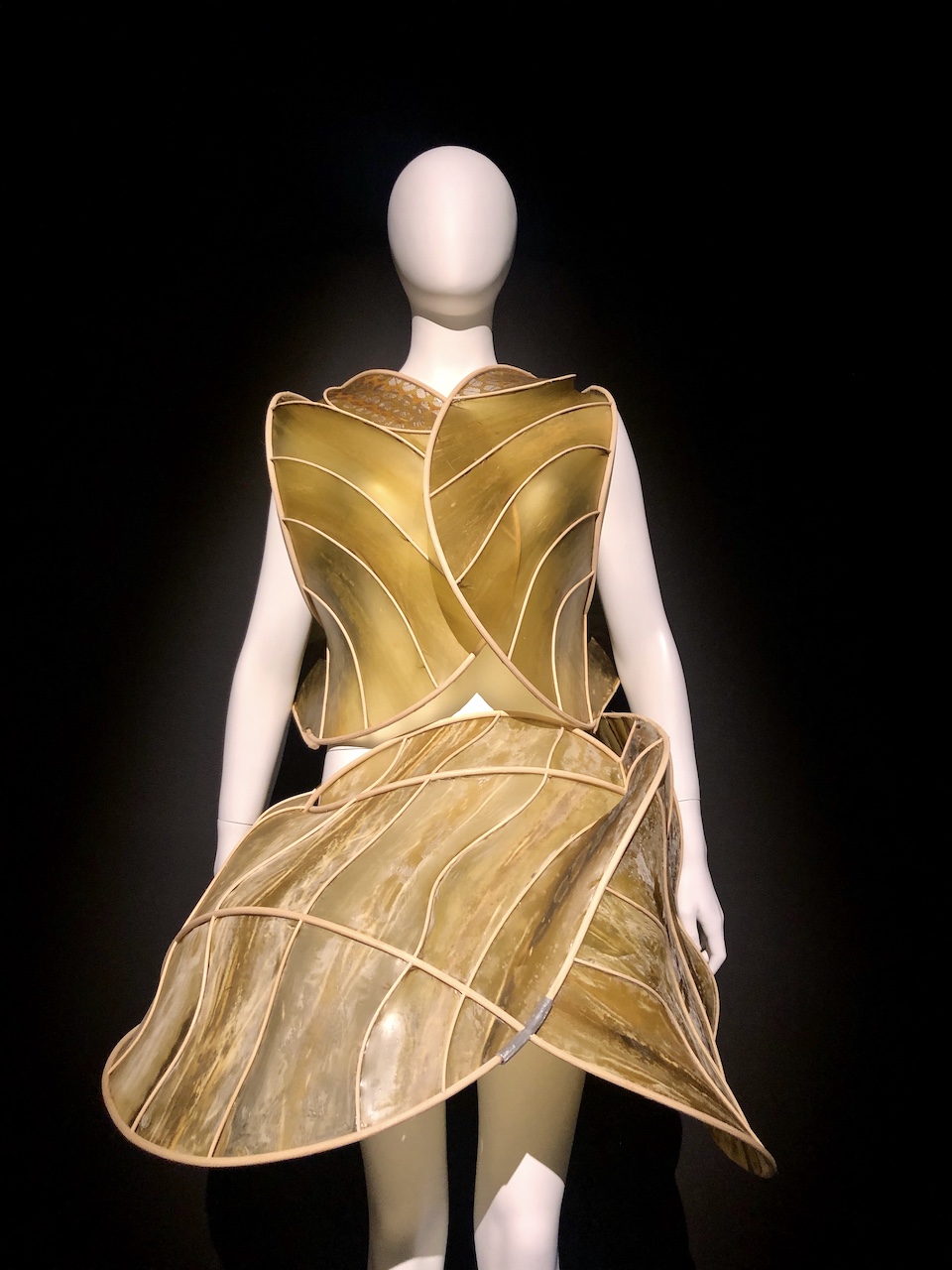 Kombukamui Dress
Julia Lohmann founded the Department of Seaweed project, which works with chemists and biologists to explore new uses for seaweed. Here, its dried form serves as a textile for fashion.

Stranger Visions
Artist Heather Dewey-Hagborg scoured the streets of NYC for chewing gum and other items with traces of saliva on them. A lab helped her extract the DNA; that genetic info, in turn, was used to make “phenotype” portraits. They’re not exact replicas, but each bears a familial resemblance to its original source. 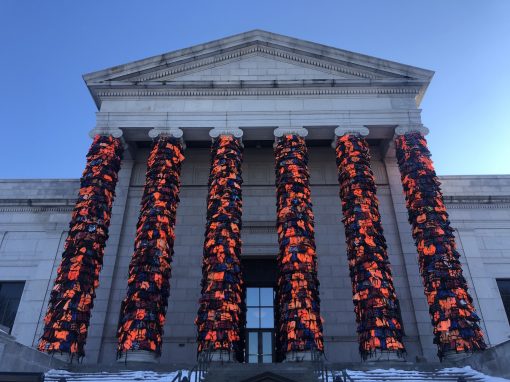 ‘When Home Won’t Let You Stay: Art and Migration’

A rumination on what moves us, and how