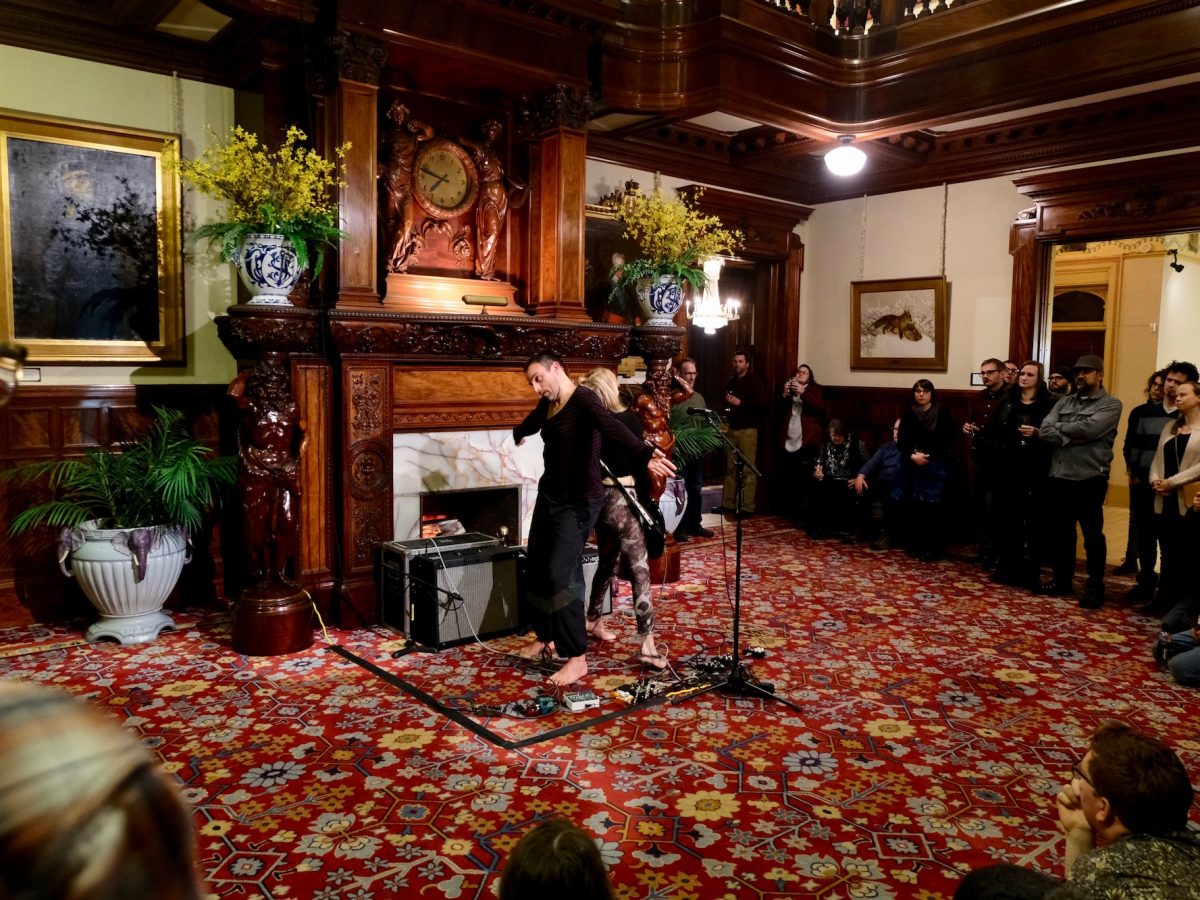 Though it was built in another century, the Turnblad Mansion at the American Swedish Institute in Minneapolis hosts some of the most progressive arts events in the Twin Cities. The performance above is a perfect example: a sold-out improv set by guitarist/indie icon Kim Gordon and dancer/choreographer Dimitri Chamblas. Presented as part of the St. Paul Chamber Orchestra’s Liquid Music series, it blurred the lines between unbridled music and movement—as experimental as it was ecstatic.⁣
⁣
Built between 1904 and 1908 by publishing magnate Swan Turnblad, founder of Svenska Amerikanska Posten, America’s largest Swedish newspaper, the palatial chateau has 33 rooms and 11 imported tile stoves. It was donated to ASI—then known as the American Institute For Swedish Art, Literature and Science—in 1929, four years before Turnblad’s death. ⁣

The Turnblad served as ASI’s sole building until 2012, when the 34,000-square-foot Nelson Cultural Center was added. The contemporary wing houses more galleries; classroom and event space (should you wish to sign up for a spoon-carving workshop or Swedish 101); an excellent Scandinavian-themed cafe (Fika) with the best cardamom buns and aquavit-and-beet brine Bloody Swedes; and a gift shop selling Danish cookbooks, Icelandic soap, Norwegian licorice, Swedish dishcloths, and other goodies.⁣
⁣
ASI’s schedule is always stacked. Over the past couple years, the ornate Turnblad has been taken over by quirky Swedish fashion designer Gudrun Sjödén, the profoundly weird “moss people” of Finland’s Kim Simonsson, and the surreal, digitally altered images of Swedish photographer Erik Johansson. A golden Solar Egg also landed on the museum’s front lawn in the last icy weeks of winter, generating discussions about climate change within a fully functioning sauna.

Keep your eye on ASI’s calendar for news about special events — hellooooo, Aquavit Week — and their 90th anniversary, which kicks off on November 16th with their annual exhibit on holiday traditions in Sweden, Norway, Denmark, Iceland, and Finland.